What’s in a name?

It is The Elmhurst Inn today, but that was not always the case. Real estate records from the 1880’s refer to the inn simply as “the two-story frame house.” It was built on Holland Avenue in 1880-1881 by Col. Holland from Savannah, Georgia. And yes, our street is named after him. Col. Holland built it because he had an empty lot. He resided in another house on Mt. Desert Street. Without living in that newly-built house, he sold it to Rev. Christopher Star Leffingwell, the first rector of Saint Saviour’s Episcopal Church. The Reverend hired an architect, completely remodeled it, and named it Graywood. The name game began.

The property has been called Graywood, Graycote, then Graywood again. When converted to an inn it was named Elmhurst, then Graycote, and now it is once again The Elmhurst Inn, the name it first had when it the inn opened its doors to travelers.

There is not a wealth of information about the guests who stayed at The Emhurst Inn, and even ownership is a bit murky, but in the 1990s it entered the group of historic Bar Harbor Bed and Breakfasts. Owners Joe and Judy Losquadro managed it for a few years, and then Roger and Pat Samuel were innkeepers until 2017.

Bob and Anne Bahr, and Anne’s son Andrew Geel have been innkeepers for generations, hospitality is in their blood. The Elmhurst Inn is now a family property, along with Cleftstone Manor, Anne’s White Column’s Inn and The Thornhedge Inn.

So why Elmhurst? It is a nod to history. And while the elms are long gone, the property and grounds are large for an in-town B+B, with gardens and trees. A “hurst” means a grove, wood, or hillock. And so, we are delighted to introduce, updated and renamed, The Elmhurst Inn, where hospitality is a family affair. 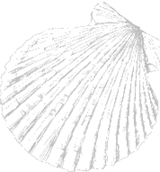 the pace of nature:
her secret is patience.